The Hyperloop In Dubai Is No Longer Just A Fantasy 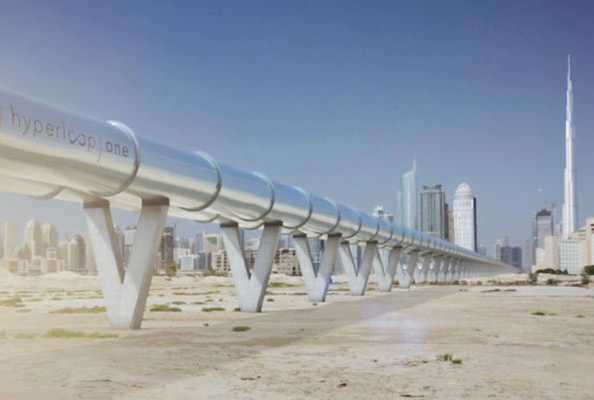 If the technology works out, the UAE will be the first country in the world to have this hi-tech transport…

We’ve already been trialling driverless taxis, but it looks like Dubai’s transport network is set to get even more futuristic.

A new train – dubbed the Hyperloop – could be in the city by 2021, according to the leading company behind it, Hyperloop One.

Oh, and it’s no long just speculation. Hyperloop One and the RTA have just signed a deal to intensely study building the first-ever operational Hyperloop system here in the UAE, for both passengers and cargo.

“We are now at a stage where, from a technological point of view, we could have a Hyperloop One system built in the UAE in the next five years. Our agreement with the RTA is the biggest step yet towards achieving this goal,” explained Rob Lloyd, CEO of Hyperloop One.

WAIT, WHAT IS THE HYPERLOOP?

The high-speed transport system uses tube-like capsules inside a reduced-pressure tunnel to ferry passengers and cargo in record time.

With no wind resistance, the Hyperloop could take you from Dubai International Airport to Abu Dhabi in just 12 minutes.

It’s the train of the future. 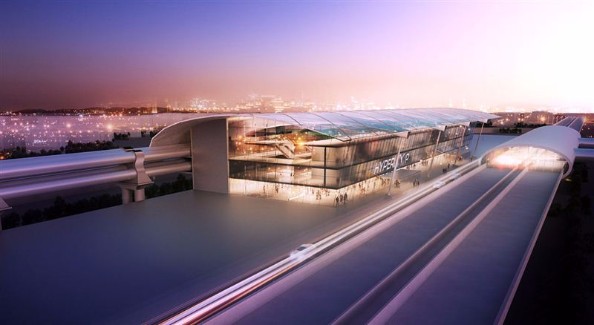 “I want to see a [Hyperloop] in five years. And I feel Dubai is the fastest way to make that happen,” said Josh Giegel, co-founder of Hyperloop One.

SO WHEN CAN WE EXPECT TO SEE ONE?

Hyperloop One have said that there could be an operational system connecting Abu Dhabi and Dubai as soon as 2021.

The Hyperloop won’t just stay confined to the UAE though – there are plans to extend Hyperloop tracks and connect all the countries in the GCC.

“Imagine stepping out of your villa in Dubai, into a self-driving vehicle that resembles your living room, and arriving just 48 minutes later at your office in Riyadh. That is what Hyperloop One can deliver,” says Giegel.

Still not impressed? Check out this video showing how it would all work:

So, just what is this super high-tech system? We’ve cherrypicked some of the most exciting bits…

7 THINGS YOU SHOULD KNOW ABOUT THE HYPERLOOP

That’s fast enough to take you from Beijing to New York in just two hours.

2. It will have a yearly capacity of 15 million passengers.

Read:
A New Train Could Take Just 10 Minutes To Travel From Dubai To Fujairah
Confirmed: Dubai To Abu Dhabi In 15 Minutes Will Happen

3. The Hyperloop is not affected by weather concerns or pilot error.

Rain or shine, you’ll get there on time. 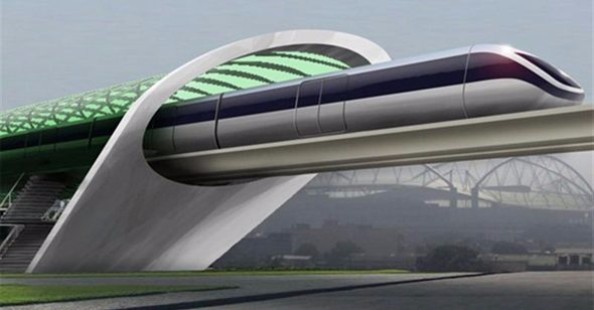 4. Each mile of a two-way Hyperloop passenger tube costs Dhs165 million to build.

That means the track from Dubai International Airport to Abu Dhabi will cost roughly Dhs21.45 billion.

Read:
UAE Sheikhs Take On The London Underground
What You Need To Know About Dubai’s New Eco Flower City
Driverless Taxis Of The Future Are Coming To Dubai

5. The Hyperloop experiences no delays, releases no direct emissions, and is noiseless.

It really is the transport of the future. 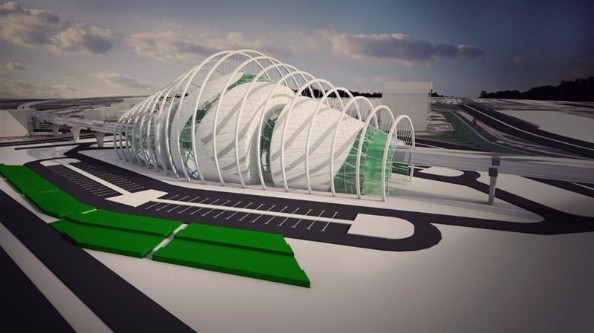 6. It’s currently being tested on a 1.9 mile-long track in the Nevada desert.

The first live trial of the Hyperloop took place in May 2016. 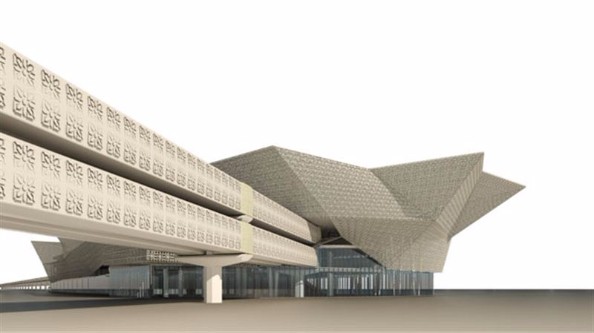 7. Team Mobius from French engineering company Systra will be designing the Hyperloop in the UAE.

They beat 67 other teams to win the contract. 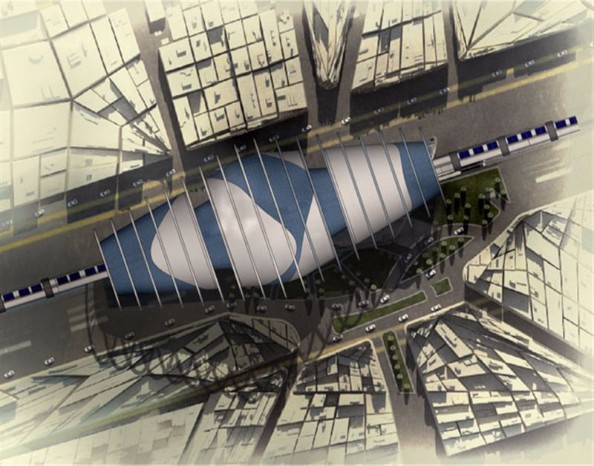 The Hyperloop concept was created by Elon Musk, the investor, engineer and inventor behind SpaceX, Tesla, SolarCity, OpanAI, Zip2 and Paypal.

On top of the Hyperloop concept, 45-year-old Musk is also trying to set up human colonies on Mars with SpaceX, turn self-driving, electric cars mainstream with Tesla, create electric-powered jet aircrafts in his spare time, and run his many other business pursuits simultaneously.