From inspiring the residents of UAE to empowering the female workforce, His Highness Sheikh Mohammed bin Rashid Al Maktoum, the Vice President and Prime Minister of the United Arab Emirates and Ruler of Dubai, has always managed to share heartfelt moments with the people of the nation and with everyone from around the globe.

Emirates Woman has gathered a list of those special moments which are truly worth remembering over the years.

When he met his biggest fan 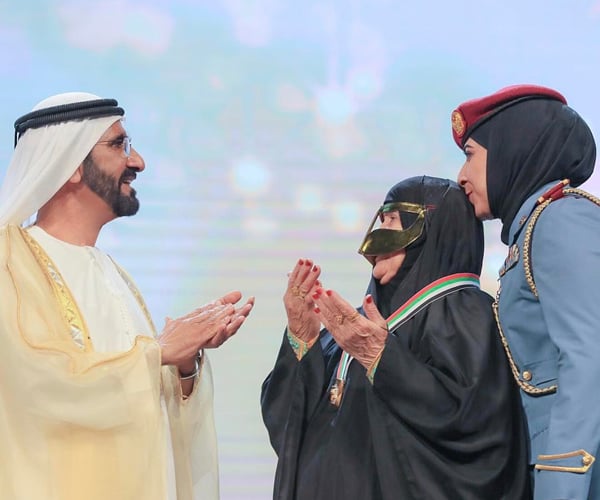 Four years ago, in January 2017, the Mohammed bin Rashid Government Excellence Award ceremony was held at the Emirates Palace Hotel in Abu Dhabi.

Sheikh Mohammed bin Rashid Al Maktoum presented policewoman Halima Al Matroushi the award for Best Administrative Employee. However, chose not to receive the award herself. Instead, she let her mother take her place up on stage.

Being a proud father

Upon the launch of the UAE Food Bank in 2017, Sheikh Mohammed expressed his pride at his then 15-year-old daughter, Sheikha Shamma, taking part.

“Proud of my daughter Shamma who contributed today in the first volunteering activity as part of UAE Food Bank initiative,” His Highness said of his daughter. “Our philosophy in humanitarian work is simple… Always lead by example.”

He praises Emirati student upon her graduation

Last year, His Highness sent a heartfelt message to an Emirati student who has graduated from university.

“I had laid a kiss on my daughter’s head in 2016 as she ranked first at the state level in the reading challenge,” His Highness said. “Yesterday, my daughter Fatima Al Nuaimi graduated from Abu Dhabi New York University with distinction.

“Congratulations. The country flourishes with you, thrives in reading and rises with knowledge.”

Along with the message, Sheikh Mohammed shared two photos – one of their first meeting in 2016 and one of Al Nuaimi’s recent remote graduation.

At the start of December in 2017, he put the call out for young people who were keen to be the first Emiratis in space.

“The people of the UAE will break new barriers; nothing can stand in the way of those who believe nothing is impossible,” Sheikh Mohammed wrote on Instagram. “Our ambitious goals are fuelled by dedicated people, who support us until, without hesitation or scepticism, we succeed.”

When he made Queen Elizabeth II laugh 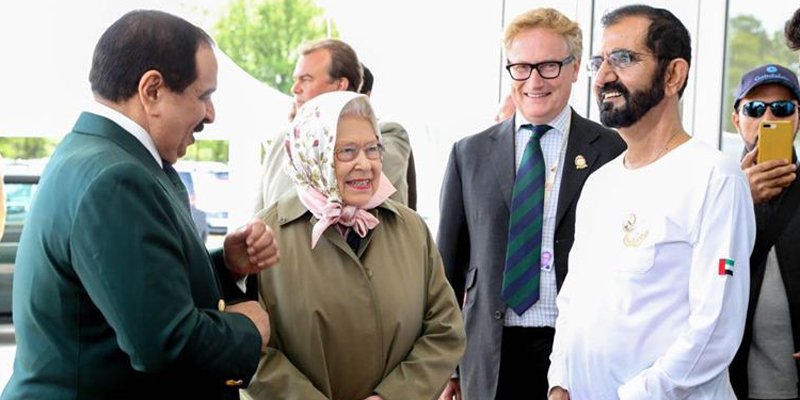 Back in 2017, Sheikh Mohammed met with the UK’s Queen Elizabeth II at the Royal Windsor Endurance Race, and from the looks of things, they had a great time together. At the time, the Dubai Media Office said the pair of royals discussed “historic ties, friendship, and co-operation between the UAE and the United Kingdom”.

After the catastrophic explosion in Lebanon leaving around 300,000 people homeless and many injured, His Highness ordered 30 tonnes of medicines and medical supplies to be sent immediately on his personal aircraft in response to the devastating blast.

In August last year, the Ruler of Dubai opened a new medical research centre has opened in Dubai not only studies COVID-19, but also other communicable diseases under. The Dhs300 million centre aims to study an array of diseases including diabetes, heart disease, kidney disease, obesity and more.

.@HHShkMohd: We have launched the Mohammed Bin Rashid Centre for Medical Research at a total value of AED 300 million. The Centre will focus on research on communicable diseases in the country, in addition to research on COVID-19. pic.twitter.com/vh3VfPUWiZ

Honouring women across the UAE, the Ruler of Dubai issued a message.