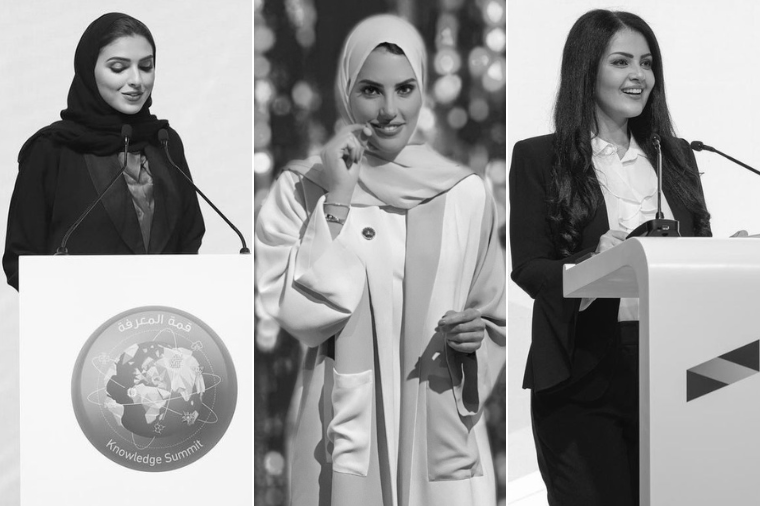 The UAE’s TV presenters have a powerful voice in the region and beyond.

From hosting events to reporting on social issues, TV presenters can influence their audience and educate them on recent news with utmost grace and poise.

Several Emirati presenters have hosted prestigious events in the UAE with the most recent being Salik’s IPO public announcement.

As numerous personalities have made a mark for themselves in the industry, Emirates Woman has curated a guide for all Emirati TV presenters to watch out for.

As a TV presenter at Sama Dubai TV Channel, Diala Ali started her career in 2007 working for Dubai Media. She later became an inspiration for many Emirati women through her profound voice on social media. After graduating in Dubai, she later went on to present for several news and social programmes.

Amira Mohammed is a renowned journalist and TV presenter at Abu Dhabi TV and member of the Youth Media Council at the National Media Council since joining in 2015. Taking the lead for several topics including artificial intelligence, she sheds light on various technology-related subjects at highly reputed events such as the Knowledge Summit.

After making a mark for herself in the world of presenting, Mahira Abdel Aziz has scaled new heights after featuring in a UAE-made Netflix series in 2021 The Platform as one of its main stars. She has achieved great heights in the Arab world as a TV presenter and continues to establish herself as an actress. The Emirati TV star has also walked the red carpet during the Gouna Film Festival in Egypt. As an anchor for MBC, Abdel Aziz has paved the way for many women in the media industry.

Recognised by the Ministry of Economy, Rania Ali is an award-winning presenter and a leading bilingual MC and public speaker in the Middle East. With an extensive client list, she has presented for top-tier local and international brands in the region. Her extensive portfolio also includes events for the UAE royal family and top government officials in the Middle East region. Known for her experience across various fields, she has been part of different sectors including finance, banking and other corporate events.

This Emirati TV presenter is a training and development manager at Sky News Arabia and has established herself in the region after successfully taking the lead in the media world. With a passion for public speaking, she turned her hobby into a full-time career and eventually became a consultant for the youth who are looking to join the media industry.

As a leading TV presenter for Al Aan TV, Dina Muhammed has also made a name for herself in the real estate industry. This Dubai-based pan-Arab satellite channel launched in 2006 and focuses on global and regional issues related to health, politics, society or those of general interest. After translating her passion for real estate into a full-time job, she is now both a TV presenter and part of the real estate content creation community.