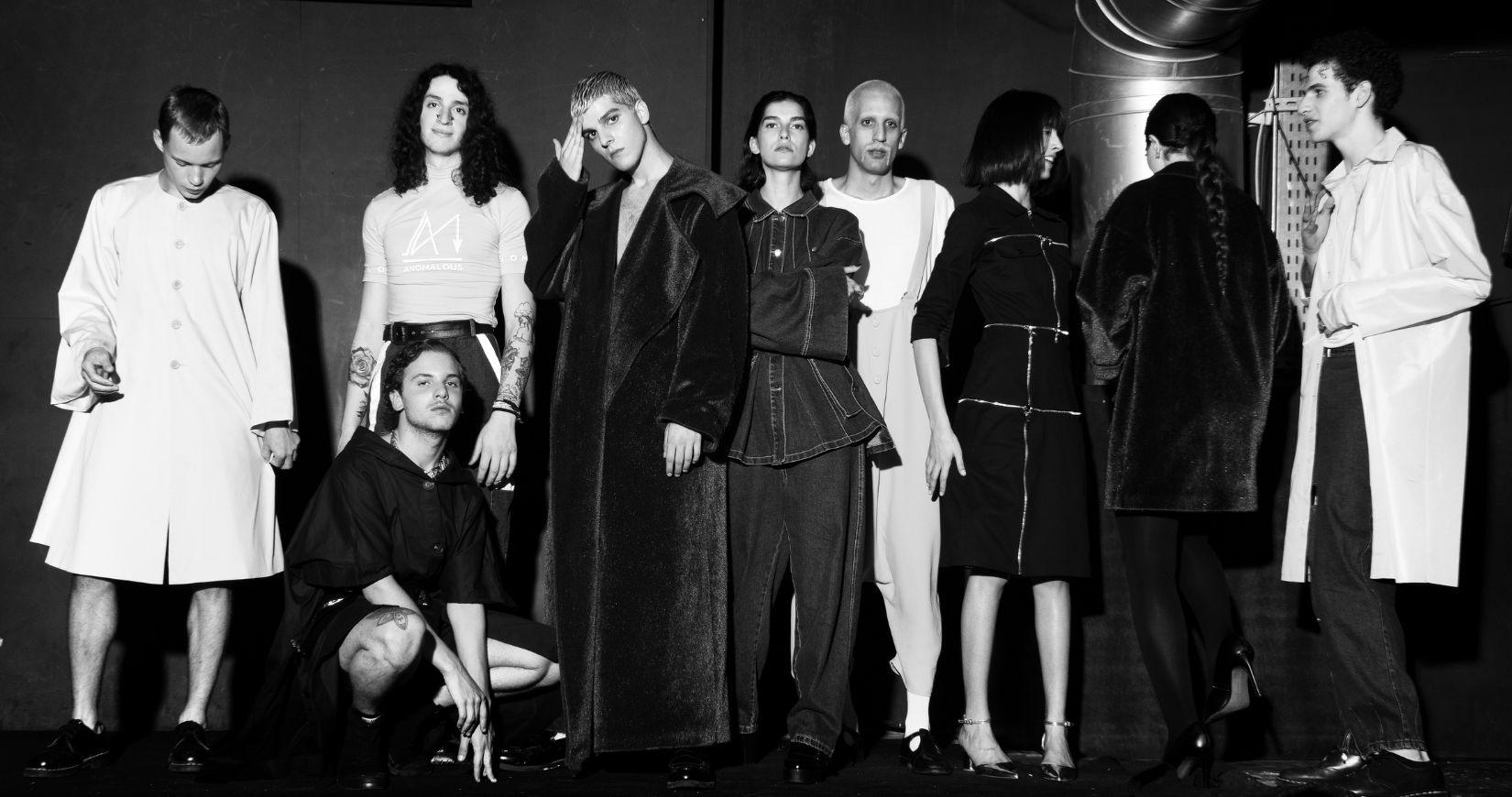 Can you talk to us through your career?

I started my career by studying life science and then film making to later continue my studies in Architecture. After I received my master’s degree, in 2015 I was scouted by a leading modelling agency to pose for some of the top brands. Modelling was my gateway into the world of fashion that enabled me to meet renowned designers from around the world and to travel back and forth between the fashion capitals.

What inspired you to launch the Arab Fashion Council?

To make the Arab world a better reality for talent. When I was modelling and travelling, I had the chance to appreciate the delicate fashion system that the fashion capitals such as Milan and Paris have put in place. Along the way, I met many Arab designers who were flying to these cities to achieve recognition. However- er, I wanted this recognition to be achieved in the Middle East. This was a major drive for me to draw the plan of building the Arab fashion system. Along the way, I have been very blessed to be able to meet and work closely with great pioneers and amongst them including HE Cavalier Mario Bosel- li, the respected president of the National Chamber of Italian Fashion that coordinates the Milan Fashion Week. He later became the first President of what I founded in 2014, the Arab Fashion Council. 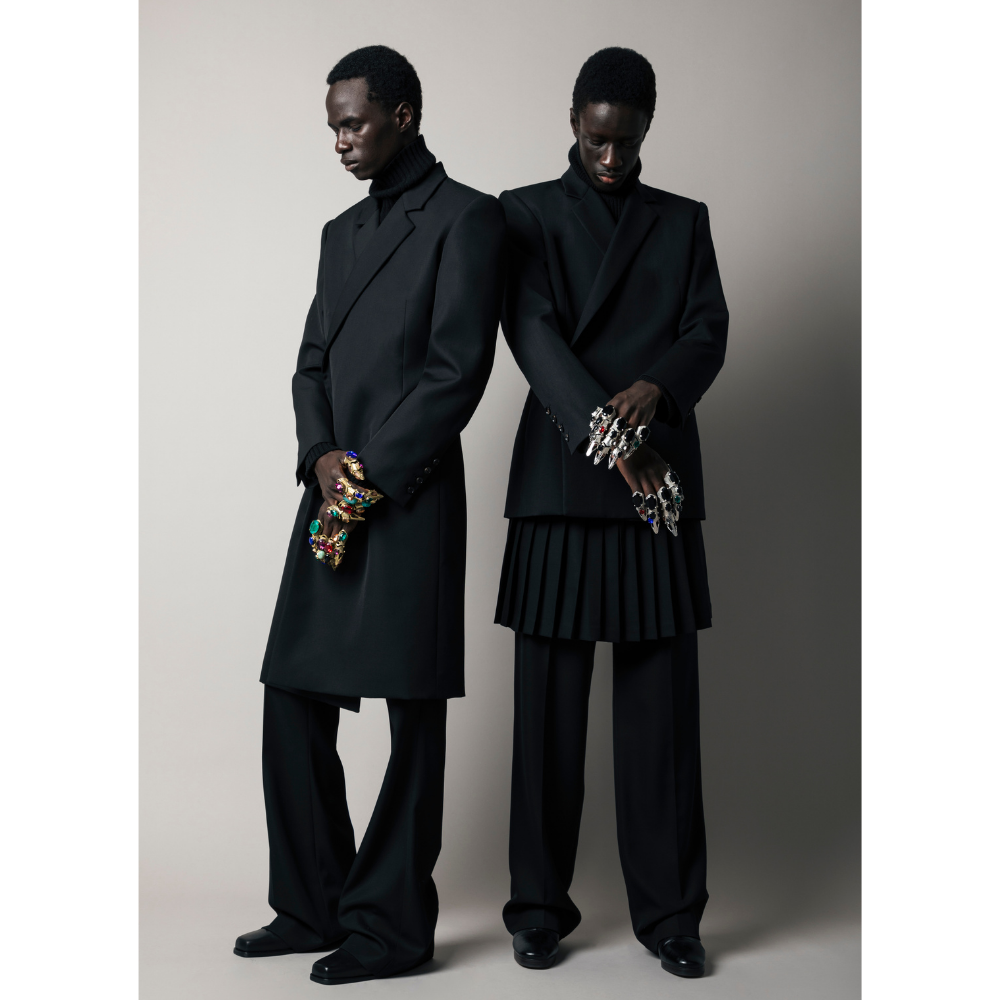 You are flying the flag for the region, was this the aim from the start?

From the very beginning, the aim was to position the Arab world on the global map of fashion. For many, it seemed unrealistic but we have leaders that proven that dreams can actually happen. This comes from the man who transformed Dubai into one of the safest places on earth which has become an entertainment and financial paradise. The words of HH Sheikh Mohammed Bin Rashid Al Maktoum have always been a source of inspiration to realize that the “sky is the limit” is nothing but possible. Today, we are the largest non-profit fashion council and regardless of all the challenges, we keep going. This is only the beginning.

You launched Arab Fashion Week six years ago in 2015 – how has this evolved since?

How fast time passes! I remember when Emirates Woman was one of the very first magazines to support creativity. At that time EW published an article titled, “Arab Fashion Week puts UAE on the global map of Fashion” which was very empowering when a very few really understood what a fashion system is about. It has been six years since we launched the first Arab Fashion Week that has now celebrated its 14 editions with many benchmarks achieved.

Last year was a tough year for all sectors, but we managed to continue fostering the growth of our designers by becoming the only platform in the region to fully transform the traditional calendar into a full digital experience in partnership with Microsoft and Facebook. I am so proud of the achievement and very relieved that Arab designers now have homegrown support.

You launched Men’s Arab Fashion Week in January 2021, tell us about this incredible milestone?

I always believed in women’s empowerment, but I also knew that women- en’s empowerment is not fully achievable unless we empower and encourage men to embrace creativity. However, this was not very possible six years ago at the time when the Arab Fashion Week started, we barely had any menswear designers. In 2021 it became the right moment to ring the bells for celebrating the talent of all genders. The first edition of Men’s Arab Fashion Week in January has had an extraordinarily strong lineup of designers from the region. This was done alongside Parisian designers who showcased their collection on the AFW official calendar in collaboration with the Fé- dération de la Haute Couture et de la Mode (FHCM) that coordinates Paris Fashion Week. It was such a pleasure to celebrate global menswear creativity in Dubai.

Did you see a gap in the men’s fashion market for a Fashion Week in this region?

I have not seen only the gap, but also, I have realized the complete absence of the men’s fashion market, it barely existed. Most of the Arab men were very hesitant to be seen taking part in the fashion scene. However, this is now changing. 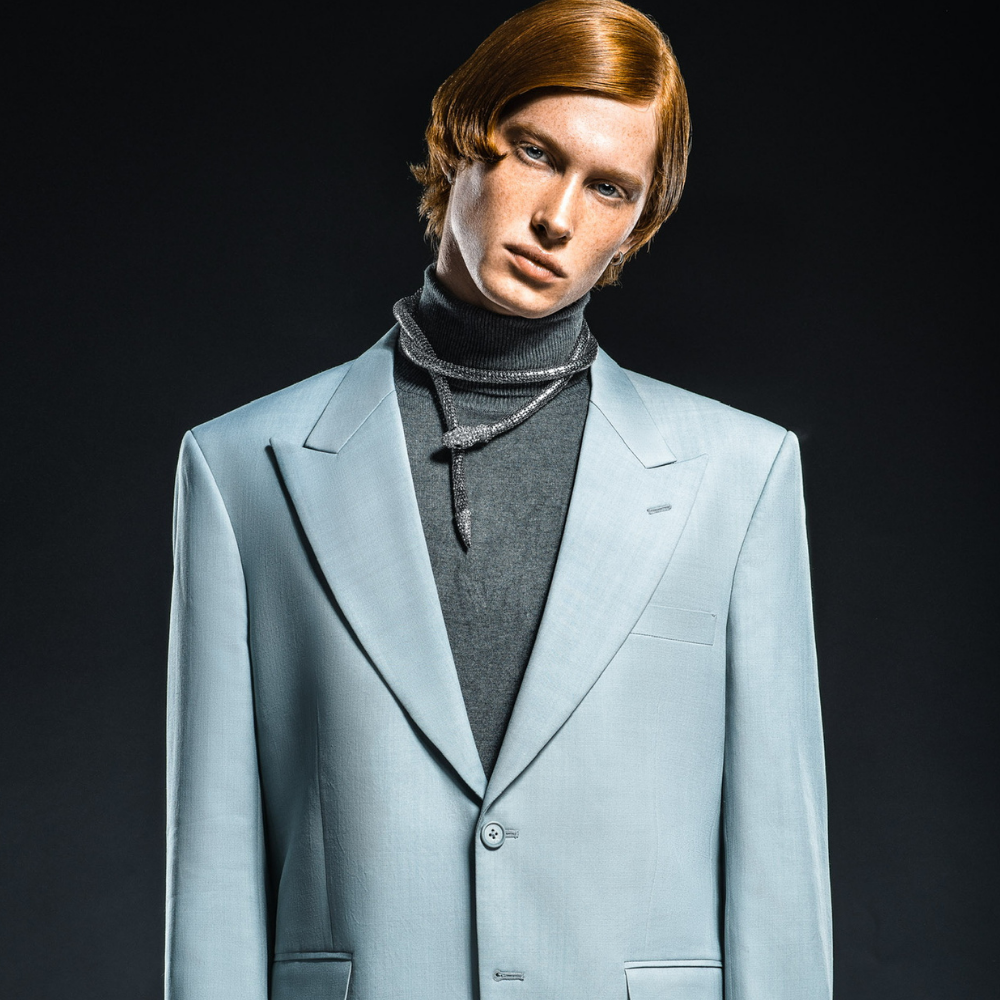 Who would you say your mentor is in the fashion industry?

Whilst I remain grateful for so many people who influenced my career, supported and advised me along the way. I proudly say that HH Sheikh Mohammed Bin Rashid Al Maktoum is the source of my inspiration. To set up a fashion council I was motivated by creative designers, but I needed to be inspired by a visionary who proved to the world that we as humans hold all the power to shape our future. The story of Dubai and the vibes of unity are what gave me the strength to succeed.

What are the challenges you’ve experienced during your career?

They are so many, starting from financial challenges when you start a new initiative to cultural limits or having to start a system from scratch. However, the most difficult one that usually drags down the hill most of the dreams and visions is peoples’ resistance to something new or unusual. I always tell those who I inspire that determination and persistence is the only way to overcome all the challenges. Without these difficulties, I would not understand the full meaning of a success story. In 2019, I went on to become the only Middle Eastern and youngest man to have been honoured by the F4D League of Gentleman Award in the presence of the world’s first ladies during the United Nations General Assembly in New York.

What have been the key milestones to date?

Apart from all the achievements and the success after success of every Arab Fashion Week, being able to give back has been a highlight for us. For example, the #AThread4Cause initiative was set up to produce PPE amid the spread of COV- ID-19. Also, after the Beirut blast, we set up the Beirut Fashion Relief Initiative to support the Lebanese designers who were affected. However, the biggest milestone is putting the Arab world on the global map of fashion and becoming one of the five most important fashion events in the world. In short, this means supporting talent, incubating creatives, funding students, empowering both women and men, and building the foundation to a sustainable Arab economy based on creative knowledge.

Finally, what are your future plans for the Arab Fashion Council in the region?

Whilst continuing to build on the success goes without saying, we are paving the way to a strong and sustainable fashion system. This will ensure jobs to millions of people in the region and transform the businesses of the Arab designers into global fashion empires that will automatically contribute to the Arab economy. We want to see global brands manufacturing in the Arab world and Arab designers exporting their creativity to every market in the world. We also want to become the hub of fashion innovation.