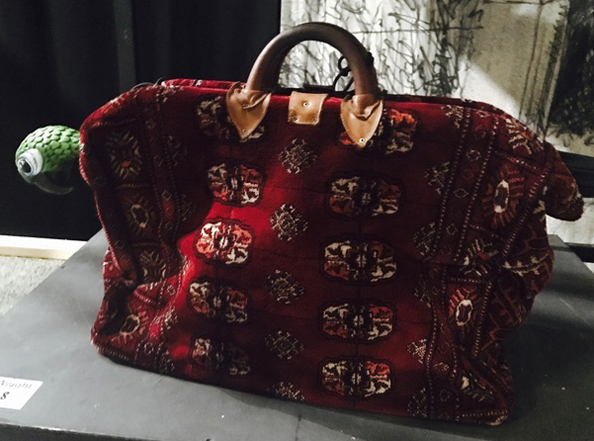 It’s one of the world’s most magical productions… but is it still as enchanting when you peek behind the heavy velvet curtain?

Well, as we found when we popped backstage at the Dubai Opera‘s Mary Poppins, even learning the set tricks and crew secrets did nothing to dim our fascination with the childhood favourite.

Company manager Neil White gave us a sneak peek behind the scenes of the musical, which is playing at the Downtown Dubai venue until May 25 (and well worth a watch, trust us).

So, from how many of those iconic Mary bags exist to how much a costume costs, here’s everything we learnt while in the wings… 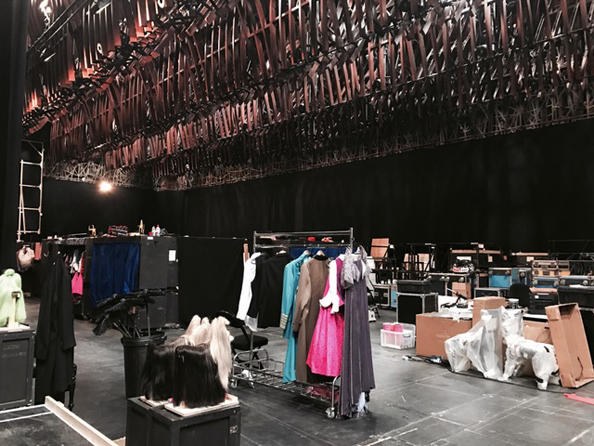 Read:
Shopaholics, Listen Up: A Huge Sale Is Coming To Dubai This Month
Bookmark This: Here Are The Best Facial Treatments In Dubai

1. A whopping 135 people flew over from the UK to Dubai to set up the production, from cast and crew to wardrobe supervisors and managing directors. After everyone who was just involved with the launch departed, around 96 staff were left in Dubai and will stay until the show ends on May 25.

2. To keep the sets looking tip-top, crew staff carry out eight hours of maintenance every Friday.

3. Every costume is hand-sewn in the UK, with some pieces even hand-painted – “the detail is immense,” said White. 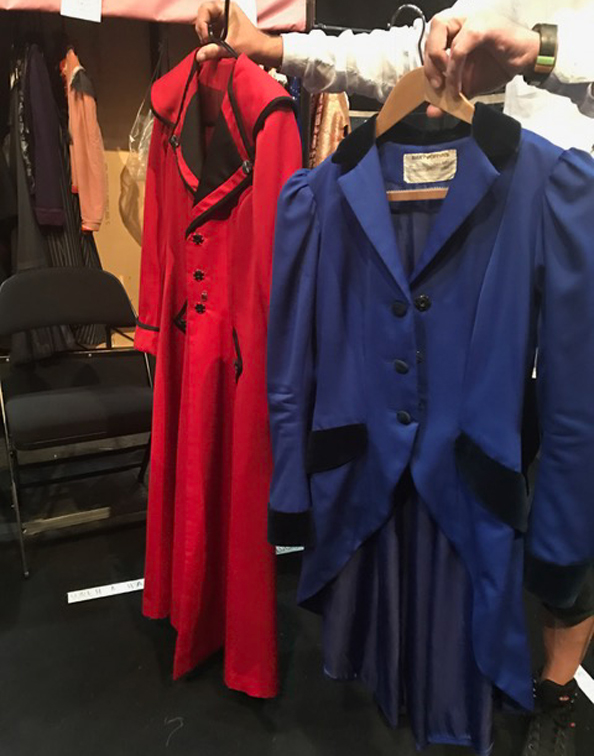 4. All the shoes are hand-made too – a designer even traces around the cast members’ feet to create the pieces from scratch.

5. Among the most expensive pieces is anything for the eponymous Mary herself, as everything’s tailored to lead actress Zizi Strallen. The Swarovski-studded Starlight costumes are also very pricey, ringing in at around Dhs16,600 apiece.

6. Mary Poppins makes 13 costume changes during the show. “Poor Zizi has to start off with about three pairs of tights on to make all the quick changes,” said White. “Luckily she’s got a dresser with her all the time who sends her on stage in the right thing.” 7. It can get quite “fun” backstage during the show, White says. “By the time you’ve got the ensemble of about 23 back here, plus 10 dressers, five touring wardrobe staff and five people doing wigs, plus the sound operator checking the mics, it gets a little cosy.”

8. Because every cast member has two understudies, three sets of every costume – perfectly tailored to the principal and two backups – are required. However, no understudy has had to be used for Strallen so far in Dubai. “Zizi’s a machine,” said White. “She does eight shows a week. You hear a lot of shows have alternates but none of ours do – all the cast do all the shows, apart from the child actors.”

9. Nearly all the wigs are made from human hair, so they have to be treated as such – washed, conditioned, and set in curlers before being dried. 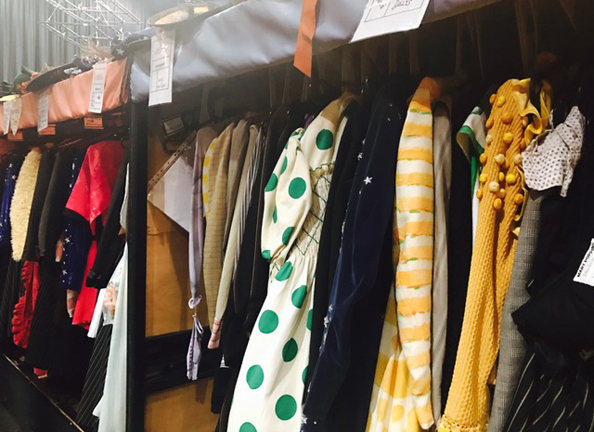 Read:
Is This The Most ‘Dubai’ Gym In The City? Quite Possibly…
The Best Of The New Shops Coming To The UAE In 2017

10. There are just over 500 props used in the show, from brushes and bags to cups and bottles. “We run through a massive checklist every day,” said White. There are three of Mary Poppins’ famous carpet bag dotted around backstage alone, plus different versions of her parrot-topped umbrella (they need different versions for flying scenes).

11. Two maintenance dressers come in at around 8am every morning to start the laundry. With matinee shows adding to the pile, “we do literally hundreds of loads of washing a week,” said White. 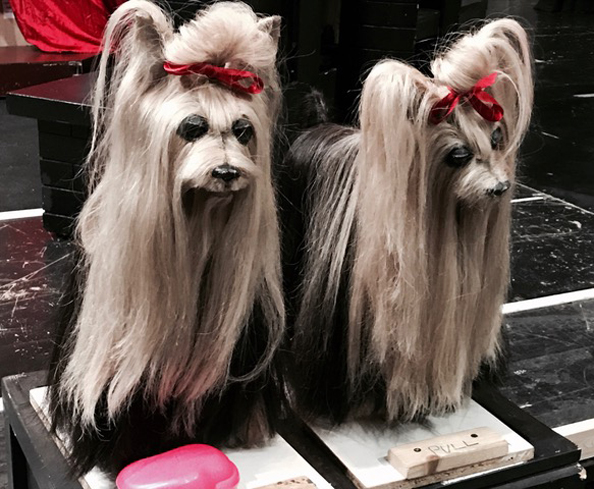 12. All the set painting is done by one woman in Plymouth, UK – “she’s the only person trusted by the designer to paint it,” said White. “If you look up close, it’s exquisite.”

13. It took five weeks – and 18 shipping containers – to being the entire set over to Dubai from Zurich.

14. Who gets final casting approval for all Mary Poppins shows? Producer and co-creator Cameron Mackintosh. In fact, “we can’t cast a child in the show unless Cam has given approval,” said White. “So they go through the audition process and then are sent down to London to be put in front of Cameron because he has ultimate say in all casting of all shows.” 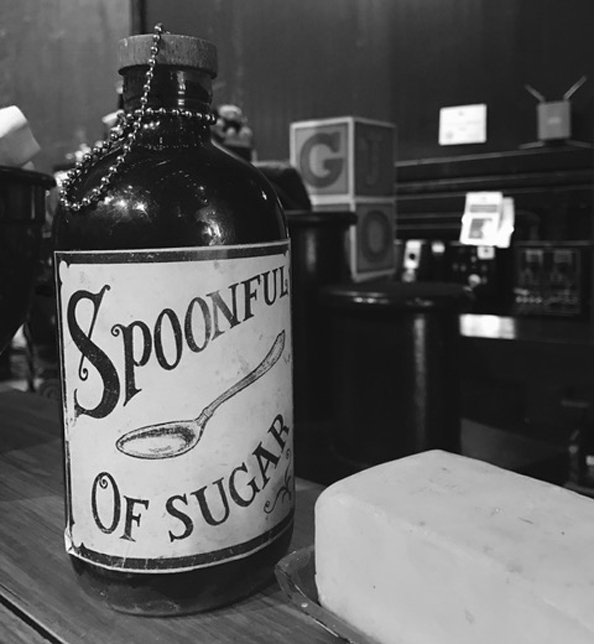 15. Zizi, who plays Mary, is “completely fearless” according to White. “She loves the flying scenes,” he said, adding that the highest she’s soared is 18 metres in the air during a performance at the Royal Variety Show in London’s Royal Albert Hall. Strallen also comes from esteemed theatre stock, as the niece of Broadway and TV actress Bonnie Langford. Her sisters, Summer, Scarlett and Saskia, are also theatre actresses – Scarlett even previously played the role of Mary Poppins on Broadway and the West End.

16. And where do all the sets end up once a production’s finished? Why, in Cameron Mackintosh’s back garden. Rather than pay for storage, the producer had a massive warehouse built at his home, where he keeps all the old sets and costumes from his past productions. “If you think, that’s 30 years of Les Misérables, 30 years of Phantom [of the Opera], so you can hardly imagine the number of costumes he’s got,” said White. 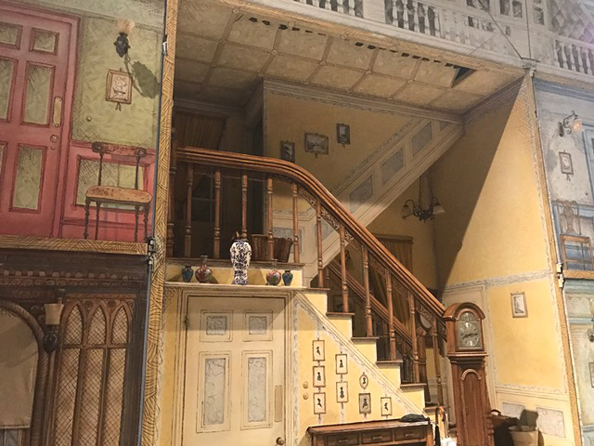 Mary Poppins is at Dubai Opera until May 25. Visit dubaiopera.com to book tickets (from Dhs250).