The 16 most iconic Friends moments of all-time 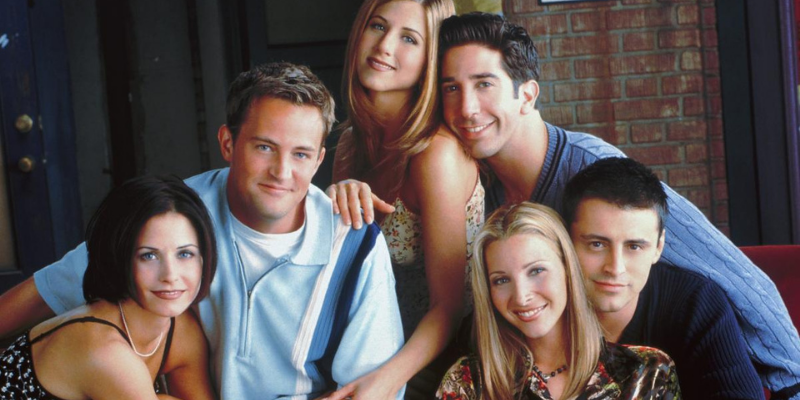 As the world gears up to watch Friends: The Reunion, where the cast from the iconic show – Courteney Cox, Jennifer Aniston, Lisa Kudrow, Matt LeBlanc, Matthew Perry and David Schwimmer – will reunite for the first time in 17 years on-screen.

It was announced the reunion would be available on US streaming giant HBO Max, but you’ll also now be able to watch it in the UAE and the Middle East.

OSN, the leading entertainment hub for the MENA region, will have Friends: The Reunion available on all its streaming platforms on May 27, 2021, meaning subscribers will be able to watch The One Where They Get Back Together as it airs with the rest of the world.

READ: Here’s where you can watch the Friends reunion in the Middle East

In order to watch you’ll need to download the OSN streaming app on all iOS and Android devices to watch it or access via stream.osn.com.

As the sitcom centring about the famous six-some Rachel, Monica, Phoebe, Joey, Chandler and Ross remains as popular today as it was when it aired with an audience spanning across three generations, Emirates Woman decided to take a trip down memory lane outlining the show’s most iconic moments ahead of the reunion’s premiere.

Where it all began 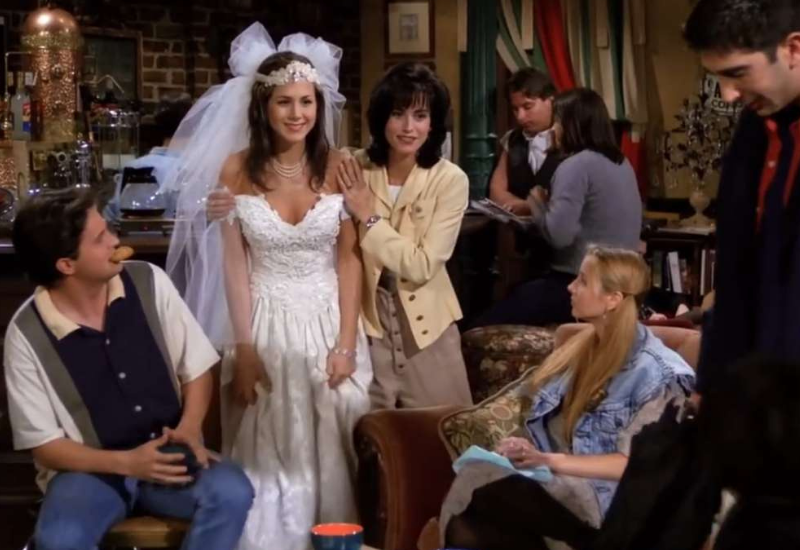 It doesn’t get much more iconic than where Friends first started. All of the gang are at Central Perk when Rachel Green enters in a wedding dress after leaving her fiancé, Barry, at the altar. We’re introduced to all of the rest of the cast professional chef Monica Geller; her palaeontologist brother, Ross Geller; masseuse Phoebe Buffay; struggling actor Joey Tribbiani, and Ross’ college friend, Chandler Bing. After Ross finds out about Rachel having feelings for him, the pair share their first kiss after hours at Central Perk.

When Joey wears every single item of Chandler’s clothing 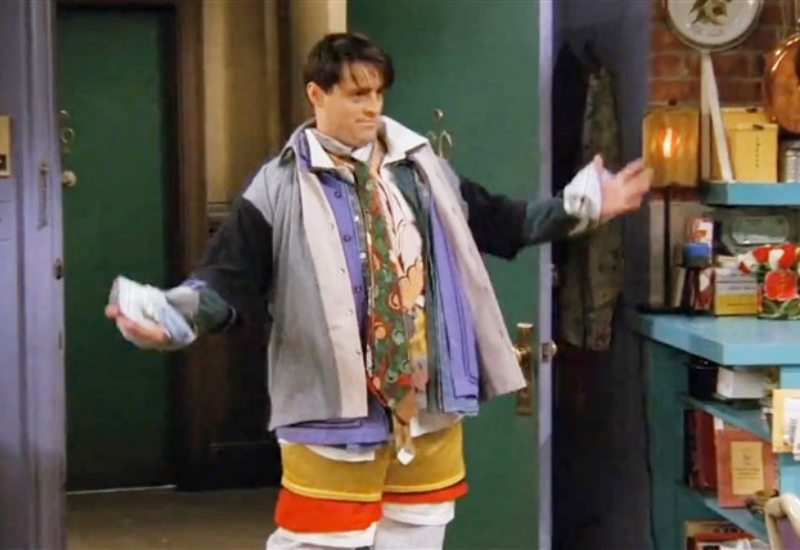 Fighting over a chair, Joey decides to get revenge on Chandler by wearing every single item of his clothing – and is also “commando”.

When Ross and Rachel were on a break (or were they?) 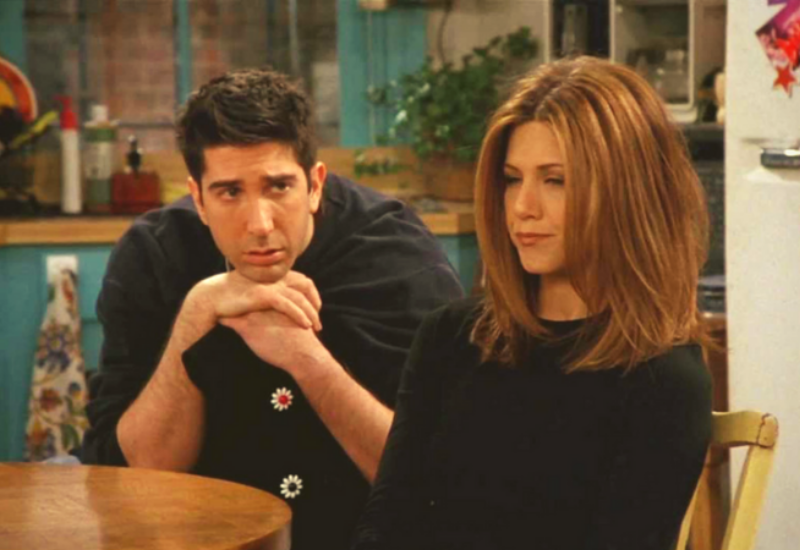 To this day it’s still a point of contention – were Ross and Rachel on a break? We’re set to see this discussed during Friends: The Reunion. 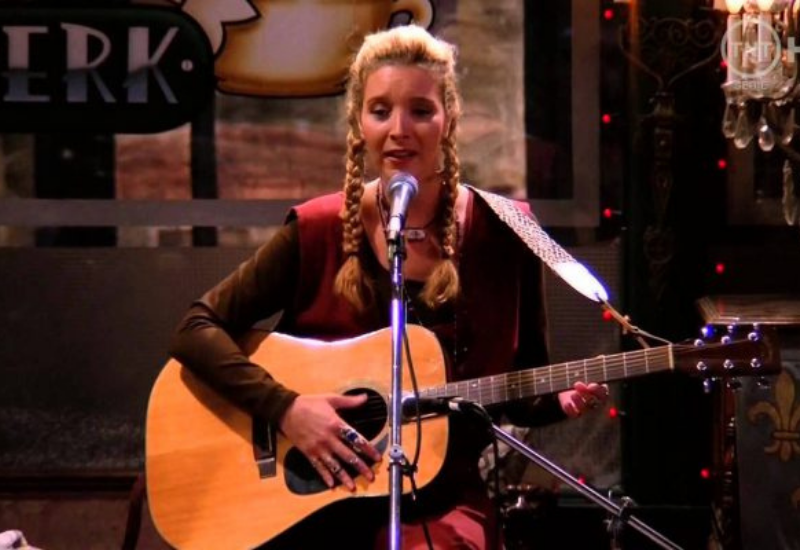 It’s fair to say Phoebe’s musical taste and creativity is, er, interesting. However, Smelly Cat will forever be one of her most iconic songs.

When Ross says Rachel’s name at the altar 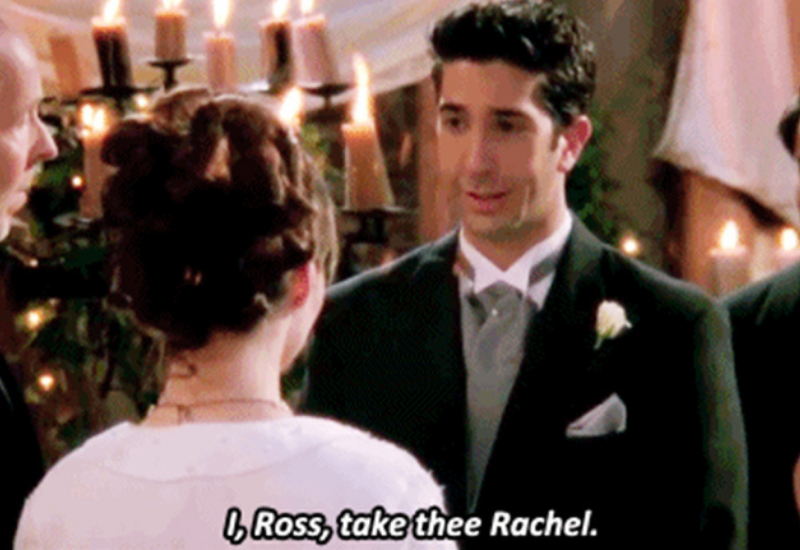 Quick recap: Ross started dating British woman Emily. Six weeks later they get engaged, four weeks later they plan their wedding. Rachel opts not to go, but then changes her mind at the last minute. She sees Ross just before the ceremony is about to start. Then, in an almighty twist of events, Ross says Rachel’s name at the altar, not Emily’s. Spoiler alert: the marriage didn’t last.

When Phoebe has triplets 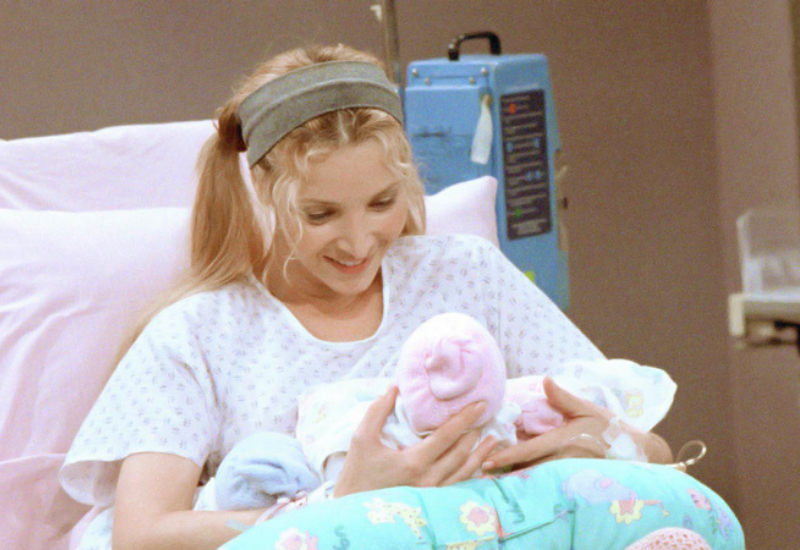 In order to help her brother and his wife, Phoebe agrees to be their surrogate. To everyone’s shock, gets pregnant with triplets and gives birth in season five.

When everyone finds out about Monica and Chandler 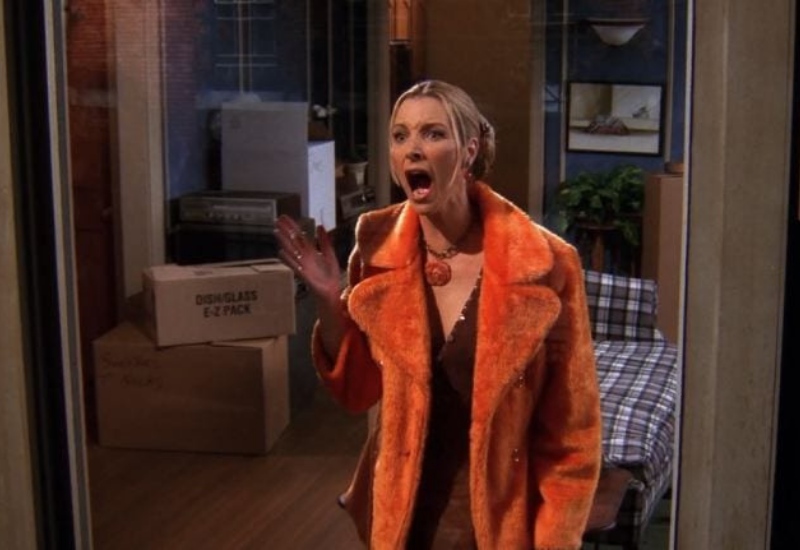 Whilst in London, Monica and Chandler began their relationship which they kept secret from everyone. Over time, each friend started finding out and it all culminated when Ross decided to get a new apartment just across the street from Monica and Rachel’s place and you can see everything in the window.

When Ross & Rachel get married

Just one year after his failed marriage to Emily, the gang heads to Las Vegas. While Monica and Chandler intended to get married, they bump into a very inebriated Ross and Rachel on their way out of the chapel having said their “I dos” to one another. 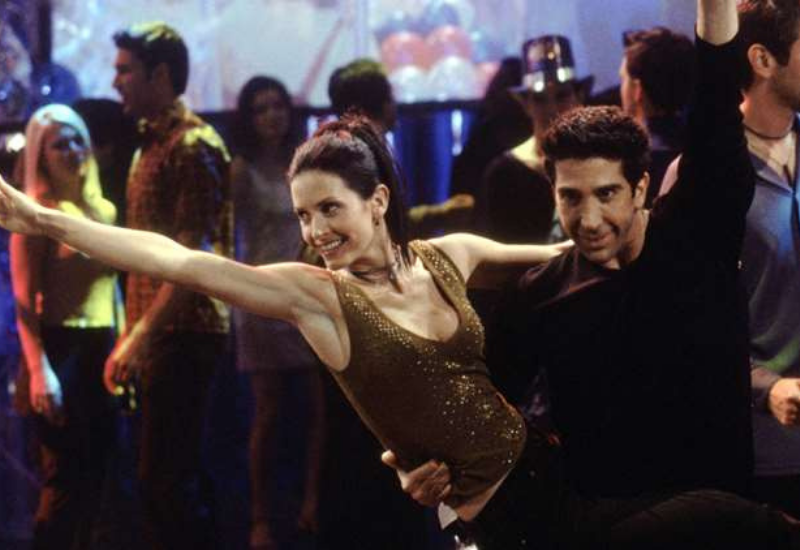 Monica and Ross resurrect their dance routine from high school in order to try and get on television. 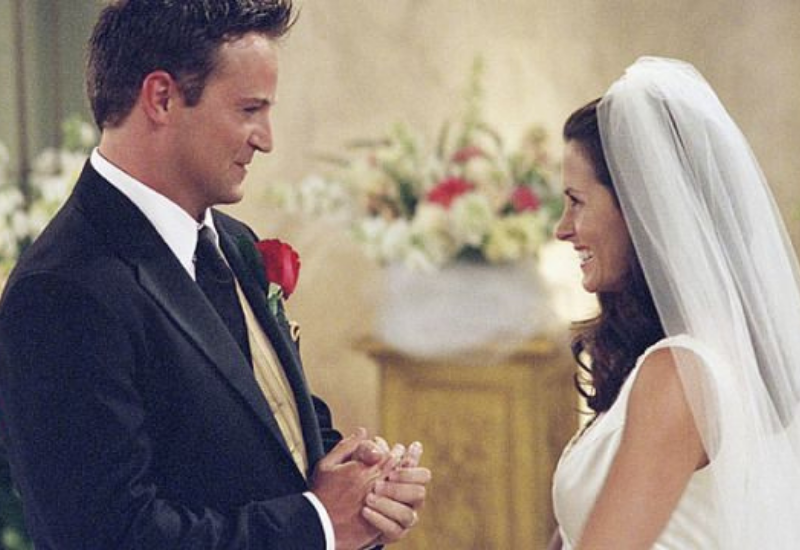 While one of them nearly didn’t make it down the aisle, it was a happy ending for Monica and Chandler. 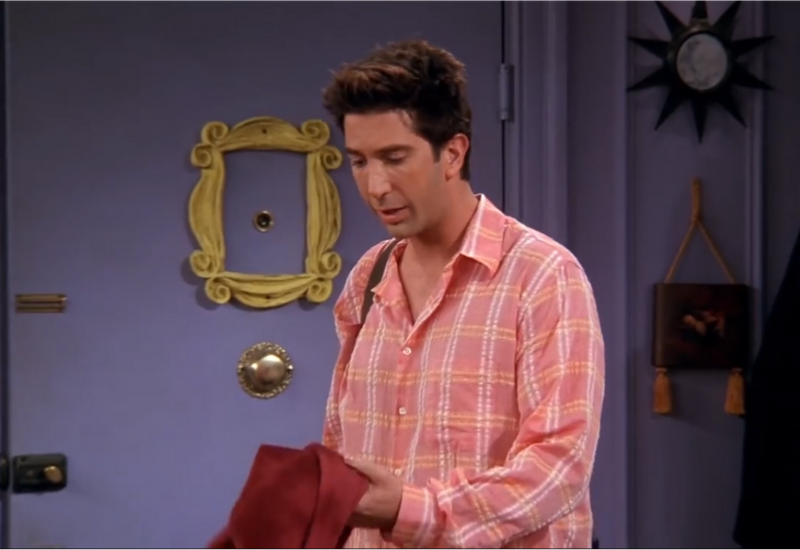 After Rachel announces she’s pregnant, there’s a question mark over who the father is. However, the red sweater revealed it all. 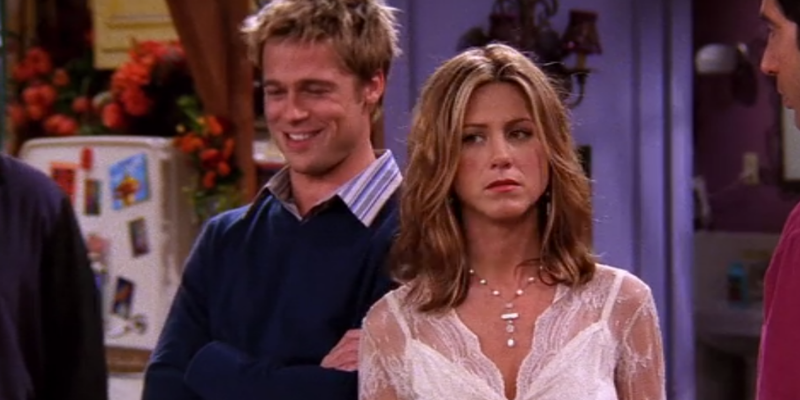 Friends had a whole host of incredible guest stars over its 10-year run, but Brad Pitt definitely was one of the best. 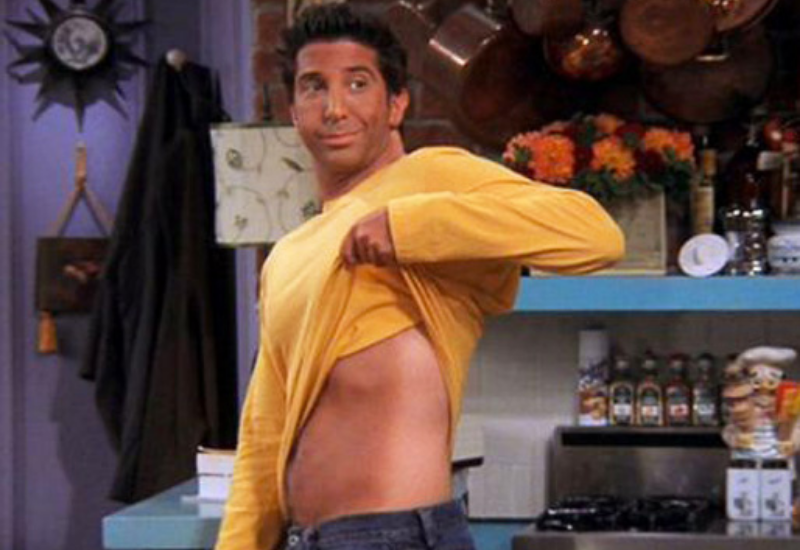 When Rachel got off the plane A moment that still has us in tears when we watch.

Reminisce about these iconic Friends moments and more by watching Friends: The Reunion on OSN on May 27.

OSN Streaming can be accessed via websites and all mobile iOS and Android devices. The service costs $9.5 per month and includes a 7-day Free Trial, Stream now on stream.osn.com.