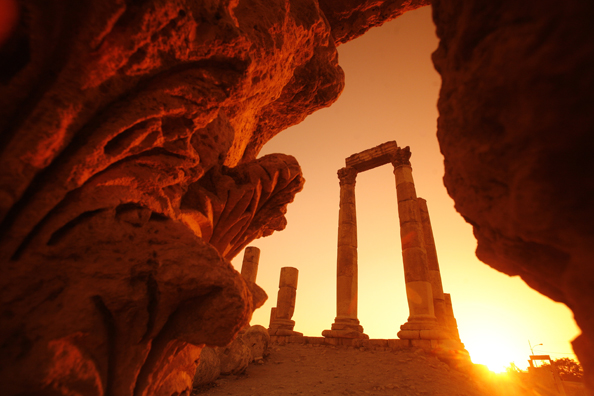 No one is a bigger advocate for Jordan than its queen, Rania Al-Abdullah, wife to King of Jordan, Abdullah bin al-Hussein.

This coincides with the government’s ‘Yes, it’s Jordan’ campaign, which started after the Arabian Travel Market 2016, promoting a wide range of tourism sectors including archaeological, medical, historical, and adventure.

In honour of this weekend’s #JOTourismDay campaign, we’re joining Queen Rania and celebrating Jordan through some amazing images that truly reveal the diversity of the country. 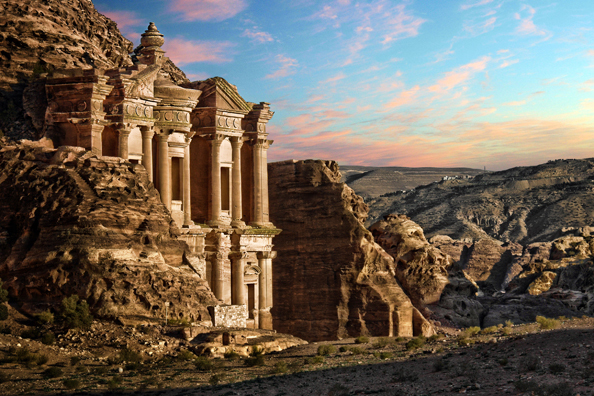 The lost city of Petra dates back to 300BC. Formerly a thriving trading centre and the capital of the Nabataean empire, the city sat empty for years. in the 1800s it was accidentally stumbled upon by a European traveller. Its treasury building (pictured) is the most iconic of the carved city thanks to its brief role in Indiana Jones and the Last Crusade. 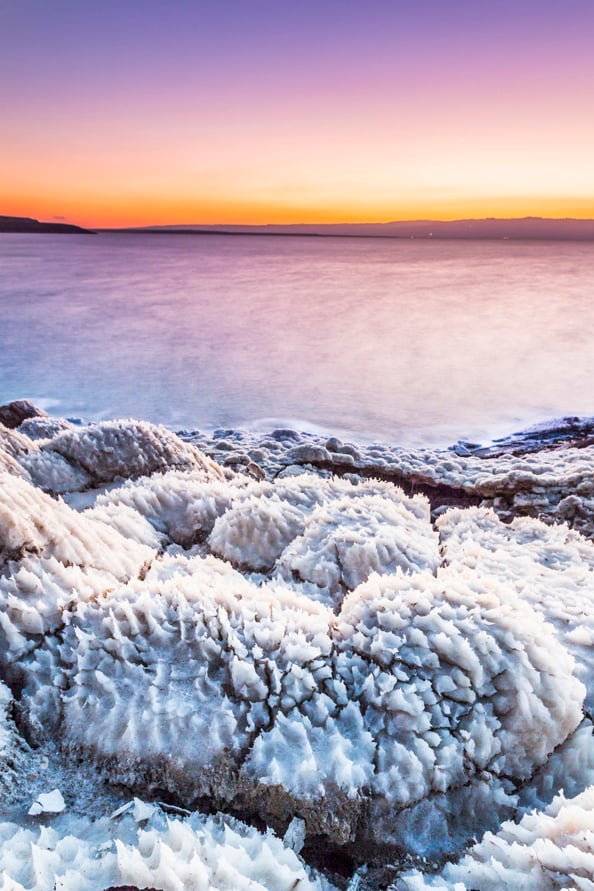 Bordering the West Bank and Jordan, the Dead Sea sits 400m below sea level, and is the lowest point on dry land. Its famously hyper-saline water makes floating easy. Its mineral-rich black mud is also used for therapeutic and cosmetic treatments. 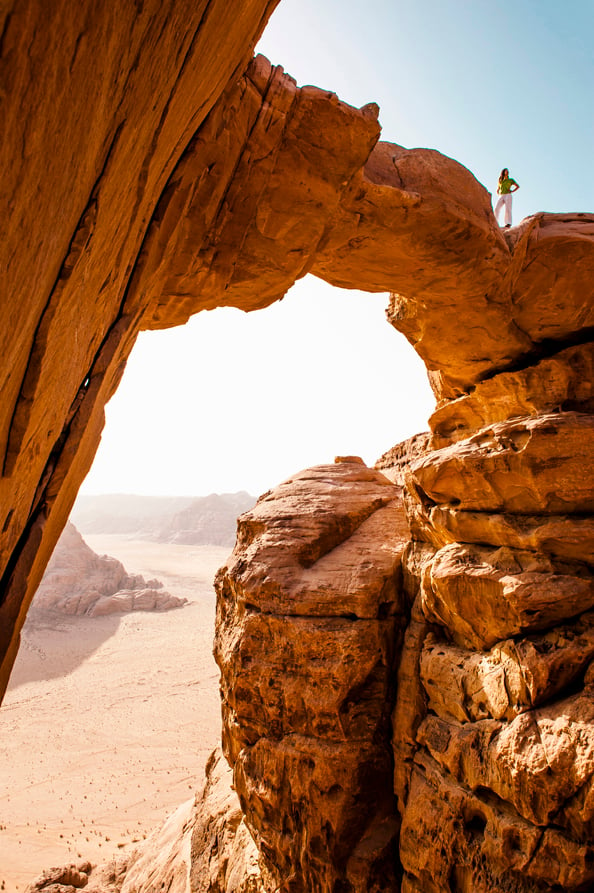 Also known as the Valley Of The Moon, the Wadi Rum is a vast valley cut into the sandstone and granite rock in southern Jordan. Covering 720 square kilometres of dramatic desert wilderness is it now a protected site. Lawrence of Arabia, based his operations there during the Arab Revolt. 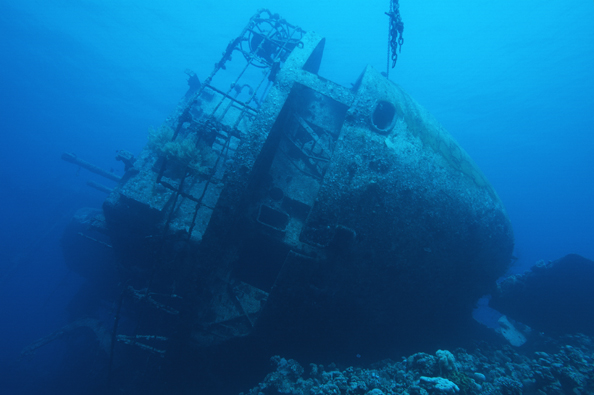 The Red Sea is great for scuba diving whether to explore its colourful reef or to check out SS Thistlegorm, a British armed Merchant Navy ship built in 1940. She was sunk on 6, October 1941 near Ras Muhammad in the Red Sea and is now a well known diving site. 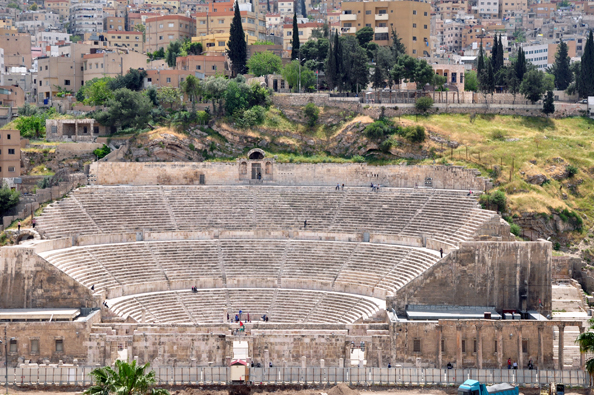 The second century Roman Ampitheatre could hold up to 6,000 people. It dates back to the Roman period when the city was known as Philadelphia. It was commissioned by emperor Antoninus Pius and was built north-facing in the hillside to keep the sun off the spectators. 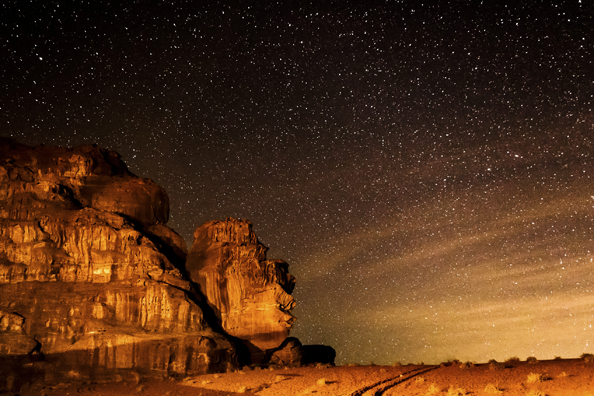 One of the most beautiful things about an unpolluted space is the bright starry nights. This image taken at night in the Wadi Rum is almost magical. 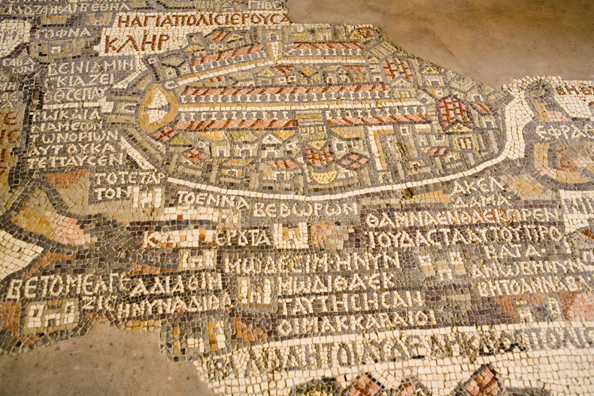 The Madaba Map is part of a floor mosaic in the early Byzantine church of Saint George at Madaba. It is believed to be the oldest surviving original cartographic depiction of the Holy Land. 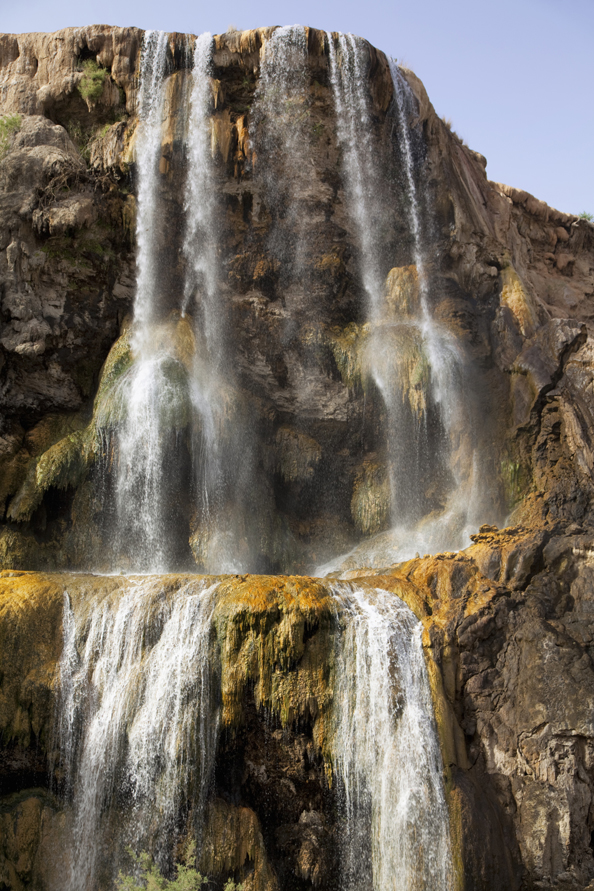 The Hammamat Ma’in thermal springs provide hot and therapeutic water for visitors. The waterfall is located between Madaba and the Dead Sea in Jordan. 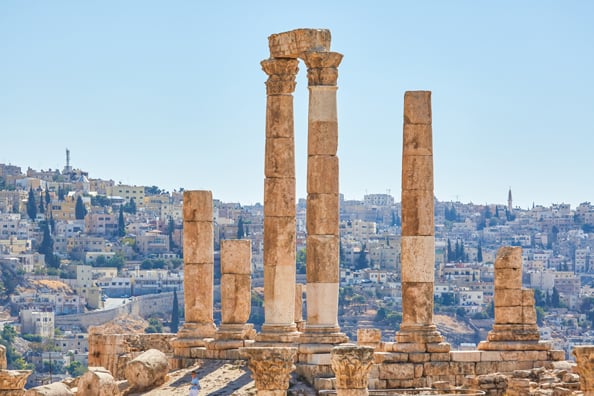 Closely resembling Rome’s Forum, the Amman Citadel sits on the highest hill of Amman, Jebel al-Qala’a (about 850m above sea level). Since the Bronze Age (which began in 3,000BC) it was used a trading and political centre. These giant columns are part of the Temple of Hercules.  A hand carved out of stones is said to resemble the hand of Hercules. 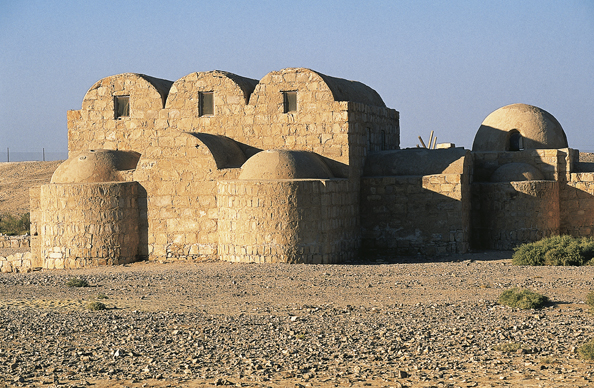 Resembling something from Star Wars, Qusayr Amra is one of the most famous desert castles, it s also in the UNESCO World Heritage List. 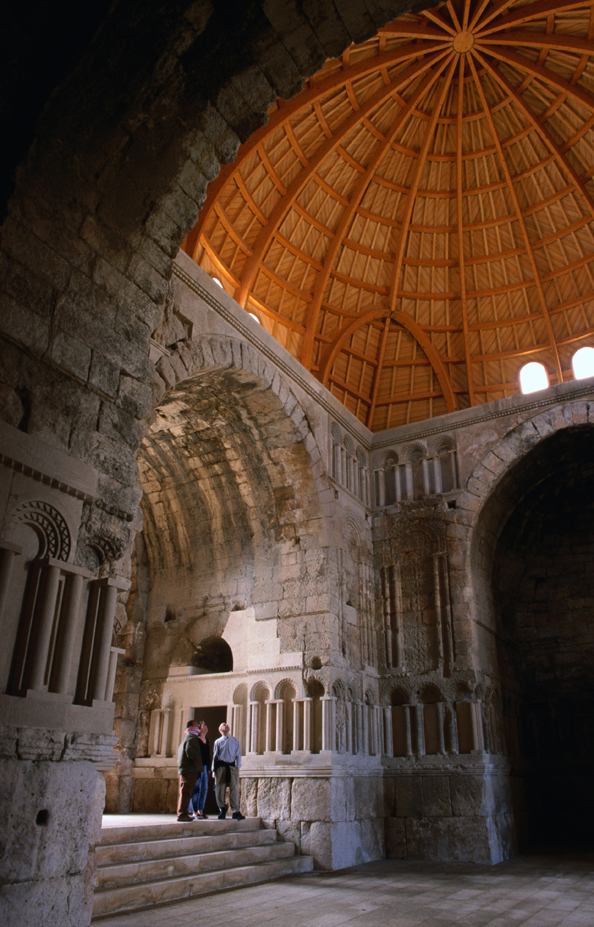 This 8th century Umayyid Palace at the Citadel, was built on Amman’s highest point, Jebel al-Qala’a (850m). It is thought to be an urban palace, combining an emir’s residence with the seat of government. Facing it was a mosque, whose remains echo the facade of the sole surviving room of the palace.