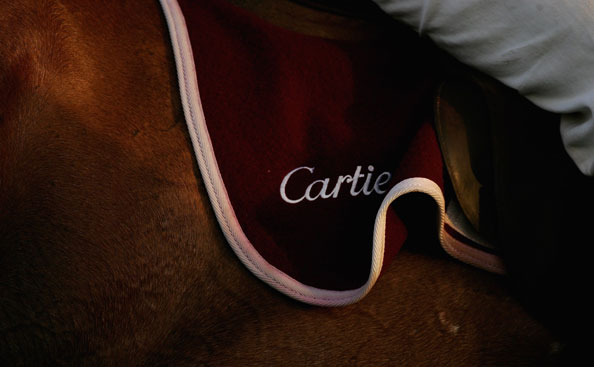 As the Cartier International Dubai Polo Challenge celebrates its 10th Anniversary, this year’s finale event, taking place on February 21 at the Desert Palm Polo Club,  is expected to be bigger, brighter and better than ever. It’s hard to believe that the prestigious event first took place a decade ago, however as the city of Dubai has developed and flourished so too has the Dubai Polo Challenge, which has become the fourth-largest tournament of its kind after Argentina, US and the UK.

A previously male dominated sport, Dubai had its first female player, Maddie Meacher, compete for the Desert Palm Trophy in 2008, and female royalty soon followed with HH Sheikha Maitha Bint Mohammed Bin Rashid Al Maktoum taking part in the challenge in 2013. The Sheikha, who won the trophy with her UAE team during her debut, is due to return to the field at the Desert Palm Retreat and Polo Club this year alongside HRH Princess Azemah Bolkiah and her cousin HRH Prince Bahar Jefri Bolkiah, members of the Brunei Royal Family who will both be making their debut. Another royal due to make his first appearance at Cartier International Dubai Polo Challenge is HRH Prince Abbas bin Ali bin Nayef from the Jordanian Royal Family, who will be co-patroning the Guards team with Saudi Amr Zedan.

As one of the most glamorous events on the social calendar, through the years the polo has attracted leading VIPs, society figures, royalty and A-list celebrities including actress Monica Bellucci, French star Olivier Martinez, shoe king Christian Louboutin, British model Poppy Delevingne and most recently American rapper FLO RIDA.

To mark the milestone, organisers have lined-up a series of surprises that will make this year’s event extra special. In addition, Cartier, who always treats spectators to an exclusive preview viewing of their latest jewellery lines and timepiece collections range, will, this year, showcase the never before seen watch collection, which will include the unisex Clé de Cartier watch.

The dazzling action on and off the field, and the fabulous entertainment to be had, means the Cartier International Dubai Polo Challenge 2015 is one event you won’t want to miss.