10 of Sheikh Hamdan’s most iconic moments from 2021 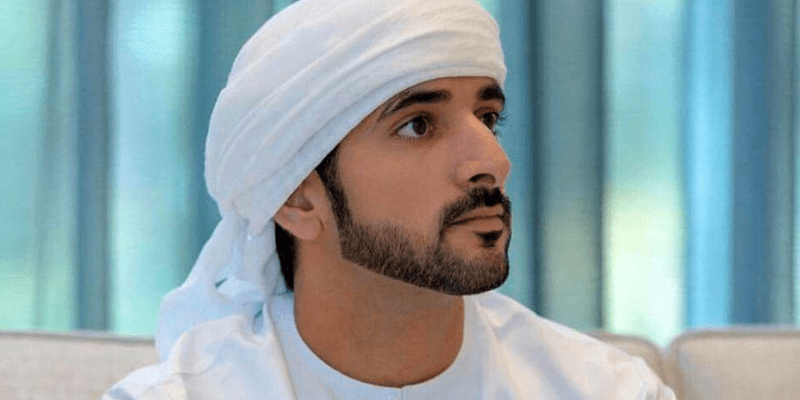 His Highness Sheikh Hamdan bin Mohammed bin Rashid Al Maktoum, the Crown Prince of Dubai, is well known for his escapades and tends to have several each year.

Always awe-inspiring, touching and sometimes fearless, Sheikh Hamdan has done some incredible things in his 13 years as Crown Prince. From sitting at the top of the Burj Khalifa in 2020 to writing poetry, our beloved ‘Fazza’ captures the hearts and minds of the UAE and it’s not hard to see why.

Sheikh Hamdan’s Instagram account showcases the array of incredible things the Crown Prince gets up to and in 2021 he didn’t let us down, keeping us both entertained and inspired.

Emirates Woman looks back on some of the Crown Prince’s top 10 moments of 2021, we’re unsure how he’ll top these in 2022 but have no doubt he will.

Announced the birth of his twins 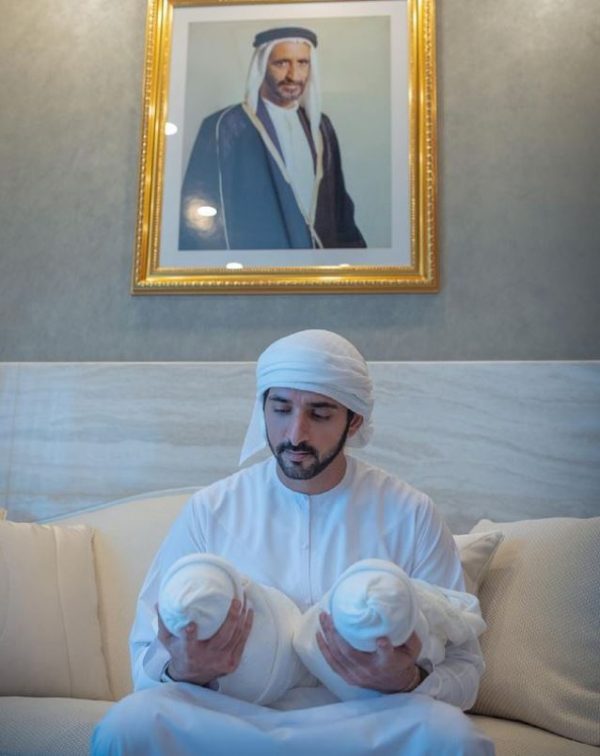 In May, the Crown Prince announced the birth of twins on his social media channel with a simply beautiful picture. Their names were confirmed to be Sheikh Rashid and Sheikha Shaikha.

Saved his friend from drowning 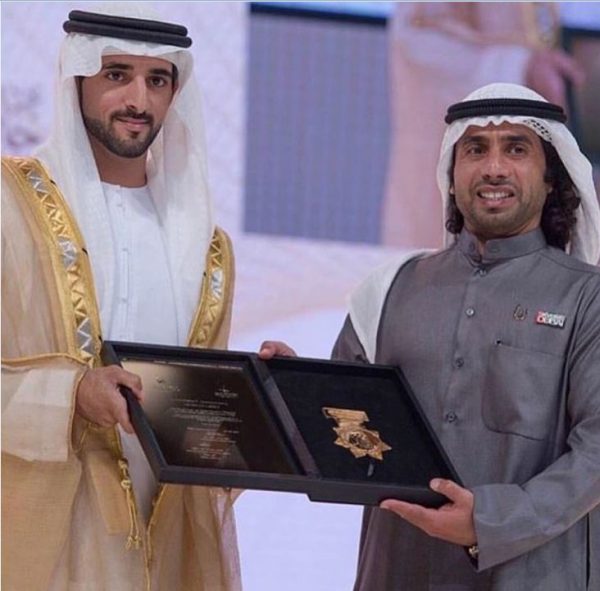 Sheikh Hamdan can add the title hero to his accolades after saving his dear friend Nasser Al Neyadi from drowning. In a video posted by Uncle Saeed and titled #closecall, Sheikh Hamdan is seen saving his friend from a water jet accident and ends with the two laughing in relief. 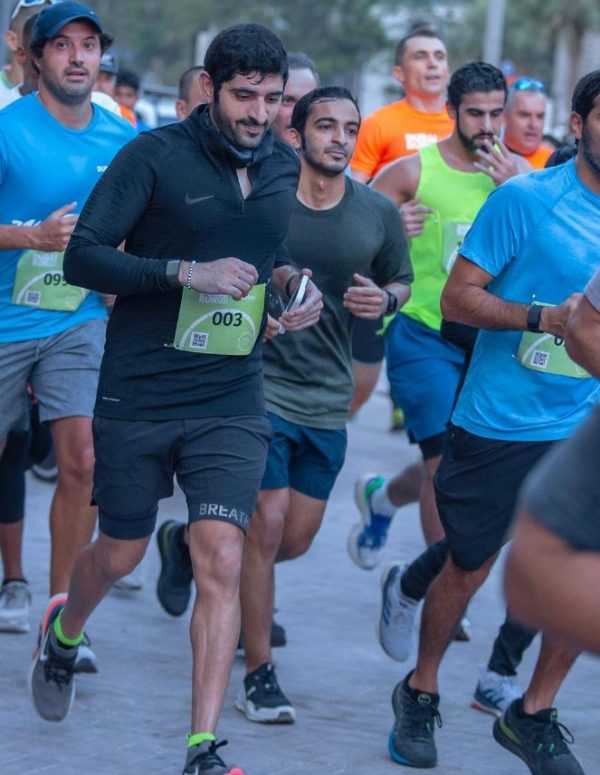 Sheikh Hamdan ran alongside 146,000 down Sheikh Zayed Road. Not only did he complete the route but he also helped, a teenager with 1q44 deletion denovo disorder by pushing his running chair for a duration of the run.

Scaled the top of Ain Dubai 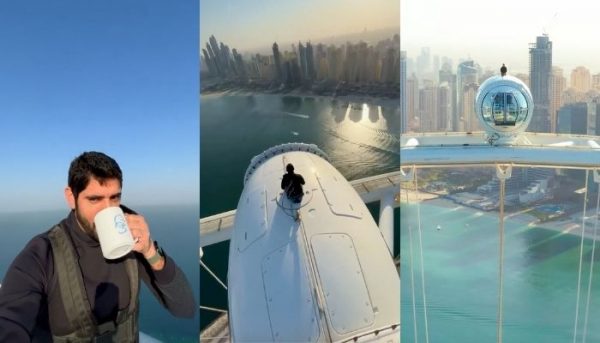 To announce the opening of the much-anticipated, Ain Dubai, Sheikh Hamdan took a ride on the world’s largest and tallest observation wheel, to a new level. Sitting upon one of the cabins, 250 metres up, the Crown Prince enjoyed a cup of coffee with a breathtaking view of the Dubai skyline.

Took the metro to Expo 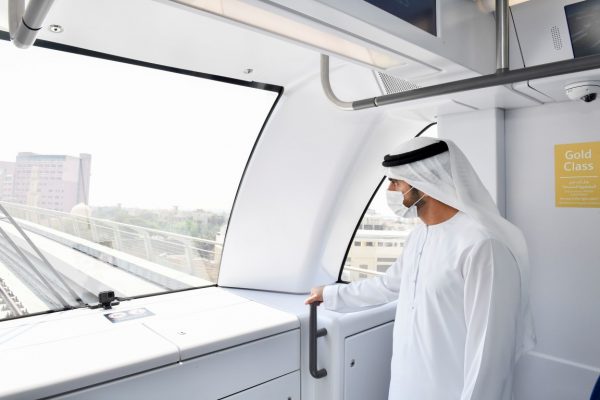 To highlight the ease of access of the Expo 2020 site ahead of its launch, Dubai’s Crown Prince travelled on the metro to the mega event. Sheikh Hamdan used a Nol card to enter the metro system and took the journey to the Expo site.

Taking a deep dive in the world’s deepest pool 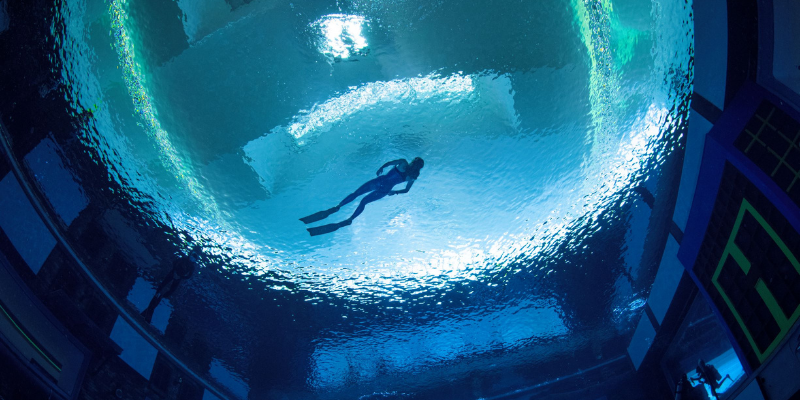 It’s no secret Sheikh Hamdan loves to explore many adrenaline-fuelled activities. Earlier this year, he took a dive into the world’s deepest pool – a new Guinness World Record right here in Dubai – which features a “sunken city”. Known as Deep Dive, this latest marvel in Dubai holds an incredible 14 million litres of water and has a depth of 60 metres, making it the deepest pool in the world. Sheikh Hamdan – affectionately known as Fazza – took his 12 million followers on Instagram on a tour of the latest attraction posting a video to the platform. “An entire world awaits you at Deep Dive Dubai the world’s deepest pool, with a depth of 60 meters (196 feet),” he captioned the post. 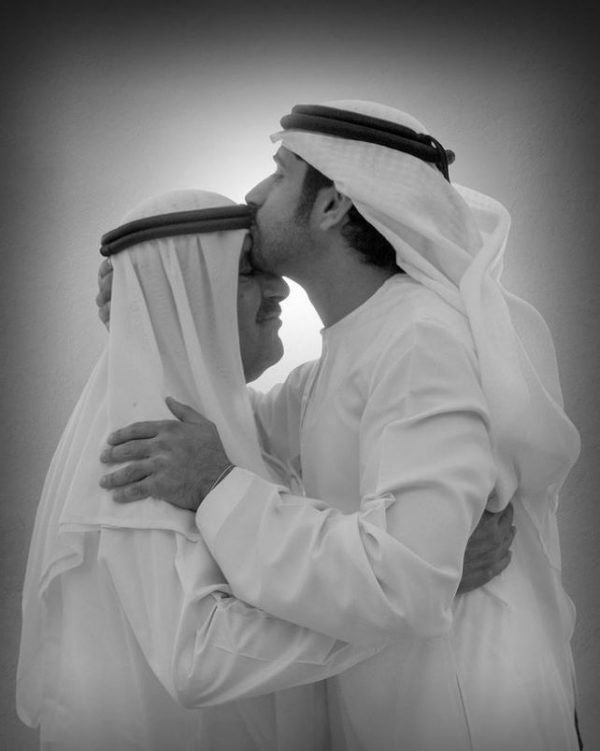 The nation suffered the loss of Sheikh Hamdan bin Rashid Al Maktoum earlier this year and the Crown Prince known for his love of family, paid tribute with this poignant image, along with the caption: “We belong to God and to Him  we shall return.. He bid farewell to the nation today as a symbol of its symbols and a knight who dismounted after a journey of giving that will remain immortal. We will draw lessons and lessons from it in raising the status of the nation and spreading the causes of good. We ask God Almighty to have mercy on him.”

Any time he shared his animal photography 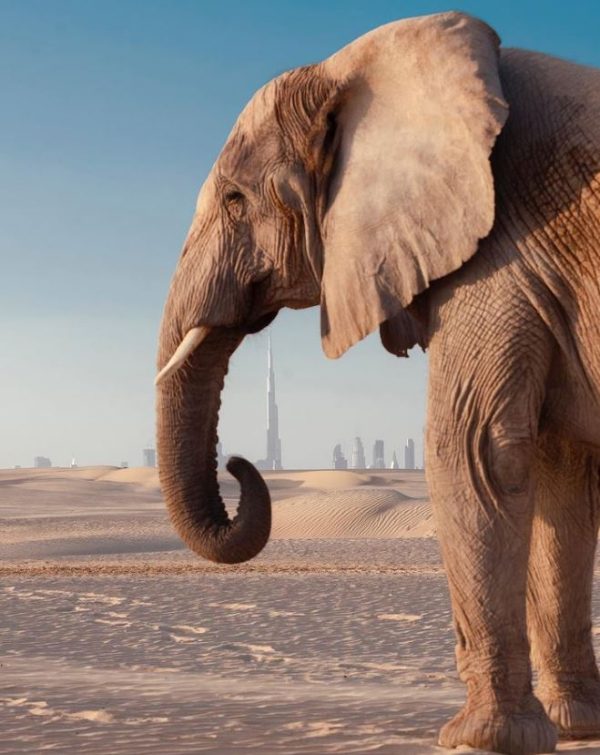 It’s widely known that the Crown Prince is an avid photographer but also that he is an animal lover. Often Sheikh Hamdan combines those passions and releases stunning images from a private wildlife conservation. 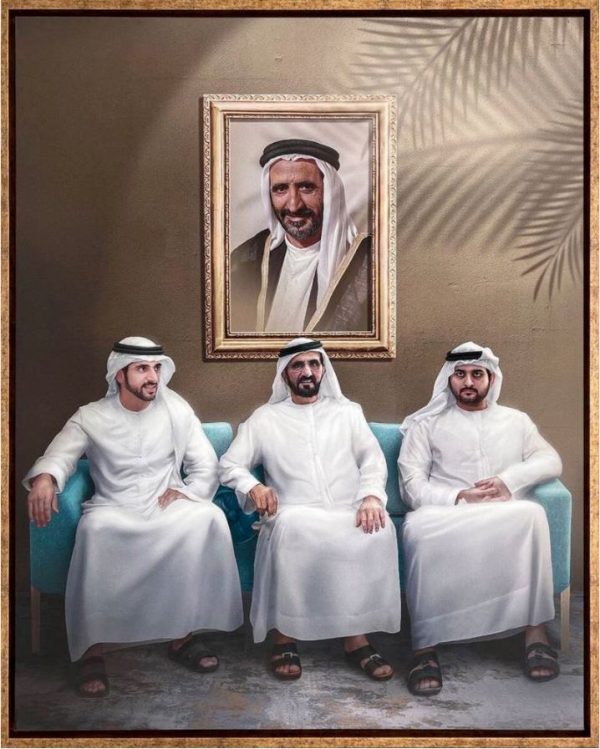 Before the 50th anniversary of the UAE, Sheikh Hamdan paid tribute to the Emirates by releasing a new family portrait captioned: ‘generations pride’. The painting captures three generations of the Maktoum family: Sheikh Mohammed bin Rashid, Vice President and Ruler of Dubai, sitting with his sons Sheikh Hamdan and Sheikh Maktoum bin Mohammed, Deputy Prime Minister, Minister of Finance and Deputy Ruler of Dubai. The three Maktoum family members sit below a framed picture of the late Sheikh Rashid.

When he thanked volunteers of the UAE

Sheikh Hamdan is known for his love of people and his gratitude of everything residents contribute to the Emirates. He recently paid tribute to all those that volunteer in the UAE via his Twitter account, with the above image and the following words: “I was pleased to meet a group of volunteers during the ‘Day for Dubai’ ceremony, organized by Watani foundation at Expo2020. Volunteering has become an integral part of UAE society and we thank all volunteers for dedicating time and effort to serve our communities.”