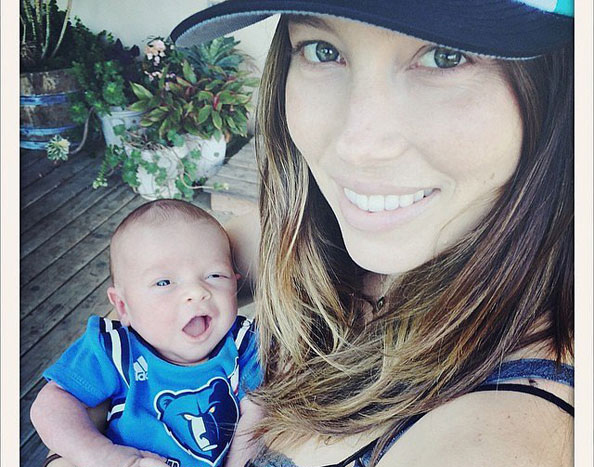 While most celebrities go out of their way to keep their private life just that, private, some stars including Justin Timberlake just can’t over sharing, especially when it comes to revealing great news. So you can only imagine what happened when the singer leaked the first image of his newborn baby on Instagram – it nearly broke the Internet, of course.

It may have taken papa Justin Timberlake nearly six months to announce that his wife, actress Jessica Biel, was pregnant, but it has only taken him one week, after the birth of his son Silas, to share a proud snap of his beautiful family, and we couldn’t be more delighted.

Although we truly respect and honour Kritsen Bell’s No Kids Paparazzi Policy, which stops the press and news outlets from sharing, buying, or posting pictures of celebrites’ kids without permission, we are suckers when the stars do openly share images of their precious ones on social media.

Usually, stars turn to tabloid magazines to introduce their babies to the world, however the current trend, it seems, is instead of letting the press that only later trashes them get money from their news, Hollywood stars are turning to social media to reveal their brood in a manner which not only suits them but also offers them control of the content.